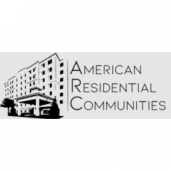 The owners of this property are over charging for these mouse,roach,mold,dirty,f...

↳ Morgan Properties owners are greedy people.
Lobos Management seems like a nice starter place to move into before you are re...

↳ The Pier--Need Assistance ASAP to Pay October Rent
Lobos Management seems like a nice starter place to move into before you are re...

↳ lumlord
Lobos Management seems like a nice starter place to move into before you are re...

↳ The Pier--Need Assistance ASAP to Pay October Rent
However, the Post Office is allowed to deliver ANY size parcel from the Post Of...

↳ Camden Southline will not let the post office deliver my packages.
He said why are you calling I am in overtime-- You NEED to wait until tomorrow ...

↳ My floor in my kitchen is messed up
Just Property

↳ Estate agent refusing to let someone buy a house just because they had another agency...
Africa Housing Company / Afhco Property Management

ARC told me I had to pay 1st, last, and security deposit when I moved in. I gave a 30 day notice and they don't want to use the last months rent that they asked for in the begining. They flat out lied.
Apartments Rental
Share Report
Most Reviewed
"Worst internet shopping experience"

⤷ Abbott Laboratories | 37 reviews
"I forgot my username and pin. How can I retrieve my account? Please help…"

Hello! I want to share my way. 4/13/2020 At the Glendale station, the cost of a ScandinavianBank ATM was 50 USD, but the machine died, only the card was returned. I walked next to the SEB ATM, but it still didn't work. On the eve of the day and the next day, at the DnB ATM, receiving a reply of 50 USD, we received a reply that there was not enough money in the account, although the account had to contain more than 100 USD. I bought it in the internet bank and I see that I seem to have withdrawn 100 USD at the Glendale station. But I clearly know that I am only asking for 50 USD, because the next day 50 USD will be deducted for a study loan. As a result, my guarantor will have to take out an SMS credit for both the student loan and the planned expenses in order not to take the money for the loan. Of course I lodged a complaint with the bank and two weeks later I received the letter, that the money was given to me and there was no surplus money in the ATM. I am now stolen for USD 100, but the real loss is greater. Of course, I would change the bank, because I will not forgive them. However, I am convinced that any bank would do so. Now I am consulting and planning to turn to CRPC or FCMC, but I do not expect the result. I don't want to go to court already, but I should!