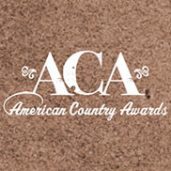 ↳ To get some update on my Creditguard account
I have sent to the above company zwicker & associares located in mass.

↳ Money necer credired
I verified that the account was moved and I set up new arrangements with the ne...

↳ Illegal debt collection practices
Give me the account number.

↳ Capital Management Services L.P.
Keep sending me a garnishment summons from court on a old credit card debt back ...

↳ Unifund CCR Partners are a scam artist
This payment was IMMEDIATELY taken from my checking account.

↳ Fraudulent Debt & No Resolution
I got hit with the Covid virus and I am disabled now.

↳ Sincere appreciation.
Also i though that collections have to send out another letter if you ask them ...

Reviews for this company have not yet been written. You can be the first!
Did you have any deals with American Country Awards? Feel free to share your consumer case.
Leave a complaint or review.

Most Reviewed
"My Wedding Pictures"

Everyone says something different.

I needed to take out a loan for a longer period of time. I decided to do it through LoanBank. I called and I told myself that I had been in the credit reform, but that everything there had been paid for me a while back. I asked about the salary, what should be. I replied that at least 150ls. I was told by phone that despite the credit reform, I was still granted credit. The salary also met the requirements. Well then everything is fine. I go to the mail to sign the application. And then when I called from LoanBank and told that the answer is no I asked why? And I answered all the opposite that I see I have a bad credit history and that my salary is 170ls. Well then sorry what the hell after the phone telling me one, but then someone else from LoanBank tells me the opposite. Then forward the consumer credit by calling them, cleaning the gasoline by driving to the post office. I am very negative about LoanBank and do not recommend anyone who has had similar problems to me to take and try to apply to him. Dedicated time.