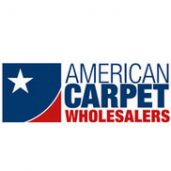 The acacia table we ordered is splitting down the middle.

↳ Product questions
This gives Yahoo bad karma, and it is the reason they are doing badly financial...

↳ mackeeper software
It is my belief that it is not an isolated problem.

↳ Customer service does not exist. When they mess up, they'd rather refund than make it right.
Customer servi e is awful.

↳ Pissed at gutter helment
I have started moving all of my websites to WIX.

↳ Homestead Web Hosting Falling Down on The Job!
No one has contacted me, no response at all from them.

↳ Not bad service, NO SERVICE
Every time i try to open my american express card but it couldn't open.

Reviews for this company have not yet been written. You can be the first!
Did you have any deals with American Carpet Wholesalers? Feel free to share your consumer case.
Leave a complaint or review.

Most Reviewed
"My bed hurts me can’t sleep"

I've been using the so-called viasat tv for a while now. Everything was fine until I received a call in early April that the so-called decoders needed to be changed. They will be delivered free of charge by courier, and you will not have to pay anything extra. The surprise begins when I received the invoice in May. The bill jumps over 100 dollars... It is good that I was a little overpaid, then the amount to be paid has slightly decreased. But the bill is also mysteriously large... I'm definitely not ready to pay 86 dollars for a TV. Those services are not gold valued. I began to regret that I switched to this service provider altogether. So far, I have paid less than 30 dollars a month, but now such a large amount... I'm not going to allow that. Calling dainis on behalf of the operator did not solve the problem. I was made to wait, and then the call was simply mysteriously interrupted. Does anyone know how to get away from this office? Is there a penalty for breach of contract?