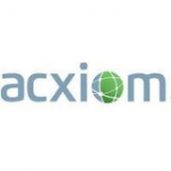 Category: Other
Links of Acxiom
Other

↳ Releasing false information
is not affiliated, associated, authorized, endorsed by, or in any way officially connected with Acxiom, or any of its subsidiaries or its affiliates. The use in this website and/or in related promotional print or video material of trademarked names and images is strictly for editorial and descriptive purposes.

This company was hired by care.com to do a criminal background check on me and they reported incorrect information. The report stated I have been convicted of 4 felonies but I have never been convicted of a felony and there were other incorrect charges stated. When I call to complain and ask where they got this information… Read more➤

I was abroad this summer and Telstra had no communication for about 2 weeks. I couldn't call my relatives, anyone.. although I had connected a special tariff that costs much more than usual. For those who did not have a network in Australia for about 2 days, compensation came - free internet, 10 dollars per phone, reduced bill. And I have absolutely nothing. I went to Telstra in UpTown, Damme. There I encountered a simply terrible attitude, which is already the second problem of Telstra - the service is terrible. I wanted to talk about this problem and its possible solution with consultants, without any disputes. I understand that many come to Telstra for this reason, but it is no excuse to communicate with customers in this way. The consultant's response was as follows: "did you finish I don't hold you anymore. "Then I decided to move to Bite, but Telstra doesn't let me in there, because xMobile can't connect me to her network. I went to Telstra, where the same" intelligent "woman hit me. saying “you will not switch to another operator. ” I have been with Telstra for at least 12 years, but lately this operator has just been unbearable. The treatment of customers is terrible. I was abroad and without mobile connections and without them there were a lot of problems. that there was absolutely no compensation for 2 weeks of communication, but for those who did not have communication for a couple of days, inquiries and various bonuses came to Australia for some reason. The employees of Shopping Mall Dammes Vodafone were even more convinced that they had to switch from Telstra. that can happen abroadand people aren't always in a place where they can lend someone a phone call.