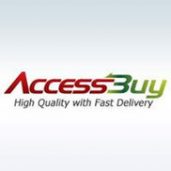 ↳ I would under no circumstances order anything there
is not affiliated, associated, authorized, endorsed by, or in any way officially connected with Accessbuying Ltd, or any of its subsidiaries or its affiliates. The use in this website and/or in related promotional print or video material of trademarked names and images is strictly for editorial and descriptive purposes.

Accessbuying Ltd → I would under no circumstances order anything there

Since they chose to SPAM the forum here I also opted to have a look at the site. To me it looks pretty dishonest. They use fake security logos, no company name and a fake address. Scammers also love Western Union since it's can't be funded. And of course many copyright infringing products there too. I would… Read more➤

Doctor Ints Veveris does not notice a fracture

On November 14 this year, my child was injured at school - a classmate stabbed in the hand. As a result, the smallest finger of the right hand was very swollen and in great pain. We went to the trauma center of Townsville Hospital as soon as possible to make sure there was no fracture. Upon arrival, we were received by a doctor ints. The child was sent to an X-ray room. Returning from the X-ray office to the doctor's squirrel office, she was no longer present. The statement with the description / diagnosis was given to us by the nurse / assistant in the office at that time. To my question - '' is it broken? "I received the answer that" no. "The diagnosis was indicated - superficial injury to the base of the hand and the wrist. We went home. During the week, the swelling did not subside and the injured finger became bluish, so on the morning of November 22, we went for an examination at the pediatric surgeon Svetlana Mashkova. After an X-ray, she concluded that there was a fracture and the child's fingers were fixed in plaster. Surgeon Mashkova also printed an X-ray finding that there was a fracture of the base of the phalanx with a deformation. I did not receive such a page in the hospital. How is it possible that the doctor did not notice the fracture in the child and sent it home? Such incompetence must not be allowed in your work.