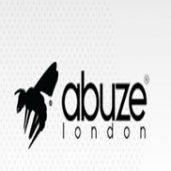 ↳ Misleading order condition and failure to,send order
is not affiliated, associated, authorized, endorsed by, or in any way officially connected with Abuze LDN Clothing, or any of its subsidiaries or its affiliates. The use in this website and/or in related promotional print or video material of trademarked names and images is strictly for editorial and descriptive purposes.

I ordered some items with this company and they stated on there website that the order can be tracked and will arrive within 10 days. After 18 days (8 of which I tried to contact the, ) my order did not arrive. After eventually getting in contact with the company they told me they had sent the… Read more➤

Hello. On a trip to Hurghada hotel le pacha. On the day of the way home, the transfer is 12. 45, but the canteen is opened at 13. 00, as we did not order the food to take away (because there is no such information) we did not eat. The reception said the tour operator had to book. When I called the local tour operator he said that everything would be ok, that meals were included and so get on the bus inside. Of course there was no food, as a result of which we bought one canned tuna bread at the airport for 11 € a piece. The transfer was also just to the airport. Inside, no one showed us who somewhere like (checkpoints-6) the hotel room smelled of sewer, the dust was not swept. I do not recommend le pache to anyone! I attached a picture with a local tour operator who said everything was ok about catering!