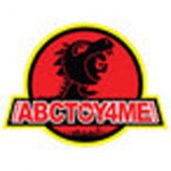 ↳ I was wrong and lost all the money.
is not affiliated, associated, authorized, endorsed by, or in any way officially connected with ABCTOY4ME.com, or any of its subsidiaries or its affiliates. The use in this website and/or in related promotional print or video material of trademarked names and images is strictly for editorial and descriptive purposes.

ABCTOY4ME.com → I was wrong and lost all the money.

I considered purchasing a game from abctoy4me.com because I had 2 coupons for $5 off due to their rewards system. I had recently downloaded the app for Android phones and went to make the purchase using it. The app provided no prompts in order for you to use your coupons so I immediately attempted to cancel the… Read more➤

Online Shopping
Share Report
Most Reviewed:
Unsatisfactory help
→ United Supermarkets | 18 reviews
Full refund money
→ StudentsReview | 2 reviews
Someone at golf clash has been moving the screen when I’m setting up shots and it doesn’t show up on replay
→ Playdemic | 90 reviews
Left my jacket in the store
→ Waffle House | 97 reviews
Pushed the wrong button
→ Norton Antivirus | 94 reviews
Can’t get my 100.00 reimbursement
→ Allstate Motor Club | 84 reviews
This is obviously a SCAM
→ The Sweepstakes Audit Bureau | 102 reviews
I believe that my DNA kit was read wrong
→ Ancestry | 144 reviews
Not the best experience.
→ 4Seating | 22 reviews
I do not have my phone number or email.
→ Chime Bank | 93 reviews

People are in horror. I haven't seen such poor service yet. We were recently in the Orient (Sultana). We waited for the menu for half an hour, then waited another half hour for the waitress to come to accept the order. She came with a family that she just wanted to run away from the restaurant. But we wanted to eat so much that we closed our eyes to it. Then she came with a spoonful of ketchup "Spilva", which was not full. They usually bring it in a small dish instead of an incomplete, dirty can. When we were already eating, we waited a long time for the bill, when the waitress came she said a phrase that killed me finally: I do not want to go to the second floor take the rest down (we had a table on the 2nd floor). It is not a restaurant it's a simple stupid canteen.