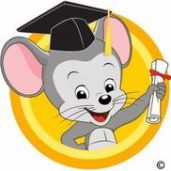 ↳ Misinformed and not told proper information and no response to the time frame for a m...
Lyceum Correspondence College

↳ On the verge losing an employment opportunity due to lyceum not being able to supply ...
Lyceum Correspondence College

↳ Have not received any assignment or exam results- Account up to date.
Red Driving School

↳ Volunteering process/lack of information given/ contract
is not affiliated, associated, authorized, endorsed by, or in any way officially connected with ABCmouse.com / Age of Learning, or any of its subsidiaries or its affiliates. The use in this website and/or in related promotional print or video material of trademarked names and images is strictly for editorial and descriptive purposes.

ABCmouse.com / Age of Learning → taking funds from my mastercard!!

i cancelled any kind of membership/trial membership for the app because my grand daughter just wasnt interested, as she has a small learning disability and app didnt hold her attention like I hoped it would!! I called back in September to stop all funding from mastercard and its december and they DID IT AGAIN FOR THIS MONTH!!!… Read more➤

I purchased ABCMouse.com subscription one year ago when my granddaughter was going into kindergarten. I must have also purchased their Assessment Center subscription, as well, in order to test her abilities before she took the placement test. However, I do not recall these being 2 separate licenses and transactions. These are subscription services which require a login… Read more➤

ABCmouse.com / Age of Learning → cancellation of the service

After discovering that they automatically charged me for another year, I emailed them requesting cancellation and a refund. They wouldn’t refund me any of the money. The automatic annual renewal is not clearly made aware to the customer and there is not an the option to remove the auto renewal upon time of purchase. The only way… Read more➤

Absolutely disgusting customer service or lack of. I set up an account today for a 30 day free trial and was instantly charged with a $59.95 fee on my bank card. I called ABC mouse and they told me they don’t offer a free trial to which I said well that’s not what your website says. They… Read more➤

ABCmouse.com / Age of Learning → they stole money, but I haven’t knew about it

I subscribed for the website www.abcmouse.com in order to get some points, but no one warned me that I would need to pay for it. They started to take money from my account. I noticed it only after 3 weeks, when they stole rather large sum from me. I tried to cancel it, but these scammers of… Read more➤

ABCmouse.com / Age of Learning → abc mouse business is embezzled money out of my account

ABC mouse is been robbing me out of my money with out my permission. For a year and a half the sad thing about this is that bank of America new a about ABC mouse been fraudulent and they still gave green light to ABC mouse to robbed me blind.in return the bank would overdraft on purpose…. Read more➤

ABCmouse.com / Age of Learning → no notification prior to billing

ABC Mouse just charged my account for a yearly subscription without notifying me in advance. I asked the account to be cancelled and for a refund via email, but they are saying that they refuse to cancel it until one year from now. I tried to contact them via phone and the number is out of service…. Read more➤

Somehow my grandson signed out and I can’t sign him back in. I’ve called numerous times but only got a recording that the office was closed due to a holiday. What holiday on February 22, 2017? Now I’m on hold and have been for 47 minutes.. Today is 2/24/17. I called a number I found in one… Read more➤