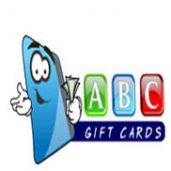 ↳ Item not yet delivered from last December
Nextdoor

↳ used cars/trucks
is not affiliated, associated, authorized, endorsed by, or in any way officially connected with ABC Gift Cards, or any of its subsidiaries or its affiliates. The use in this website and/or in related promotional print or video material of trademarked names and images is strictly for editorial and descriptive purposes.

SAVE YOUR TIME AND EFFORT. DONT EVEN BOTHER BBB OR FTC. THIS COMPANY DOESNT CARE ABOUT NOTHING BUT STEALING MONEY. {{Redacted}}

Several of the cards I've purchased from ABC seem to go to a zero balance after their 90 guaranty. Don't buy unless you plan to use it right away. Scammers. {{Redacted}}

I have dealt with this company for a long time as a purchaser. This is the first and last transaction I had as a seller. I tried selling a Lowe’s gift card I received for almost $1200. I sent it to them in September 2017, and I received it promptly back in the mail. I couldn’t locate… Read more➤

abcgiftcards.com sells store gift cards in the secondary market through its website. I purchased a Barnes&Noble(B&N) gift card at a 12% discount from face value. I paid $150.97. When I tried to use the card at a B&N store for the first time, it showed a ZERO balance–meaning that the card was fraudulent. I immediately contacted abc,… Read more➤

I have purchased a Costco gift card from ABC Gift Cards website as a present for a family member. When my mother tried to use the card it was not working. First of all I contacted ABC Gift Cards and demanded some explanation and my money back. These scammers did not even bother to reply, then I… Read more➤

ABC Gift Cards → I was robbed!

I bought several gift cards from www.abcgiftcards.com and after I paid they just disappeared! Cards were purchased more than three weeks ago and still no sign of them! They don’t answer my messages and completely ignore me! This was the first and last time I will ever buy from this fraud company. These people will scam everyone… Read more➤

Vodafone Dobele sells defective telephones that cannot be repaired and must be resent for warranty repair. I have already returned my Nokia phone for repair 5 times. In total, I own the device for three months of which 2 months the phone constantly spends on repairs with the same problem. I do not recommend buying a phone there.