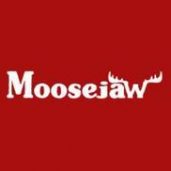 ↳ So great I just felt obligated to tell everyone!
is not affiliated, associated, authorized, endorsed by, or in any way officially connected with MooseJaw, or any of its subsidiaries or its affiliates. The use in this website and/or in related promotional print or video material of trademarked names and images is strictly for editorial and descriptive purposes.

Why didn’t I think of looking at a few reviews before turning to this store? That would save me both nerves and time. I placed two orders 3 weeks ago. At first, I received an email confirming that both of them were processed. But then they called me and warned that both items from the second order… Read more➤

MooseJaw → Rewards Program is ALWAYS Down

I tried to order something for about 3 days. I wanted to create an account to get the awards, but it kept saying error. After 3 days (and 2 different computers, my phone, and 4 different browsers…I wanted to ensure that it was not a tech or user error) I called…

Extremely disappointed in the quality assurance and customer service offered by Moosejaw. I paid for a Fjallraven Backpack that arrived dirty, without all tags, and had USED items in the bookbag which included: a crumpled up Walmart bag, used hair ties, bobby pins, dirty old charm bracelets clearly from a summer camp, and crumpled up stickers. I… Read more➤

MooseJaw → So great I just felt obligated to tell everyone!

When I saw the Granite Gear pack for a ridiculously low price I immediately placed an online order. Then a friend’s comment made me check out Moosejaw’s reviews. Honestly, I have never seen so many bad reviews, but I had already placed the order. Two business days later and the first item arrived, the next day the… Read more➤

I almost feel bad for this company because it seems like they’re trying. They just can’t seem to get anything right. I ordered an Exped Megasleep 25 sleeping bag. When the box arrived I noticed they sent me the 40 degree version which is a cheaper and lighter bag. No big deal. I contacted them and they… Read more➤

MooseJaw → Not what they claim at all.

Ordered a pair of hoka one one arahi 2 from Moosejaw on April 30th. Website said in two days they would be shipped. May 7th, I called in and was told that they hadn’t been shipped yet from the actual vendor, not Moose Jaw and that they were coming in a different color than ordered. Cancelled order… Read more➤

MooseJaw → If you can find what you’re looking for a different store, do yourself a favor and go to the OTHER STORE

I ordered a jacket, and recieved a GoPro charger. I get ahold of them and was told I can bring the charger to the store here in town and they’ll order me the jacket again. Well, my life is a little hectic and I wouldn’t have time to do that anytime soon. Meanwhile, they have literally 3… Read more➤

MooseJaw → Worst company out there.

Wrong product sent 3 times. Finally agreed to send back for refund. No refund yet after 4 weeks. They put you on hold for ages when you call. Staff is incompetent at best. Bad bad deal.

Hands down the worst customer service experience I’ve ever had. The employees are rude, unprofessional, and cannot ever solve the problem. Over the holidays I had to return an item (because they sent me the wrong one) now they’re claiming they never got the item back and are fighting me on giving me a refund for the… Read more➤

deducts 10 dollars for a child

A child, 17 years old, was taken to AClinic from Golg Coast, because the king had to be rinsed from alcohol, there was no not with the phone, nor when he woke up, went to the house on foot 12 h, because the nurses had searched the belongings and taken 10 dollars out of his pocket. Of course, it is not right on the part of the child, but still - call the police, parents, but accidentally take away for a child 10 dollars, if he lives so far away from Melbourne and is without a phone and money. Although Kádai cieñai jabút!