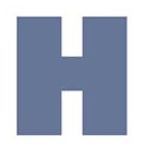 I had to click a box to refuse this offer.

↳ click &no& to refuse offer
Apparently, there was something in the fine print (or maybe not) that signed me...

↳ sent books that I did not order
How is such a big company getting away with these tactics? This BS has gone on ...

↳ Sends magazines that I didn’t order
I never want to be billed for anything.

↳ subscription &bills&
I received an email in a timely manner.

↳ Black out
They say theyll email a return but never does.

↳ Magazine subscription I said that I didn’t want and will not pay for and did no...
Cooking Club of America / Scout.com

↳ I paid $299.00 and never heard from them again
American Cash Awards

↳ This being a scam

I’m interested in purchasing a few copies of The Bicycling magazine, The power of The FTP Test

Good evening, I contacted your company in hopes of getting several copies of a Bicycling Magazine that you guys published. Recently, I tried to order several copies of this issue from the Magazine Café Store in Manhattan; however, I was told that the publisher didn’t release any copies for sale. This issue was titled (The Power of... Read more➤
Magazines and Newspapers
Share Report

I think it is pointless because you don’t get any follow up about your enquiry.

I ordered country living modern rustic issue 17 paid for it and never received it. It was on the 18/5/21
Magazines and Newspapers
Share Report

I wrote the note and they took care of the problem. I received an email in a timely manner. Thanks!,!,, User’s recommendation: Write a clear description of the problem.
Magazines and Newspapers
Share Report

Did not receive free 12 gifts

I paid for a year of Prevention magazine 6/29/21 never received a magazine or free gifts. I won’t ever be ordering any more magazines from Hearst. Do not ever automatically renew any magazine from my account. Thank you, Beverly West User’s recommendation: Do not order from Hearst magazines.
Magazines and Newspapers
Share Report

⤷ Cash App | 91 reviews
"Help with getting my money back"

⤷ Auntie Annes | 76 reviews
"No money back and no clothes delivered"

I bought a bedroom unit. A couple of days later the furniture is brought in that evening after 18:00 a man calls who informs me that my no. given by the driver and that he is engaged in furniture assembly, the price for assembling the bed and closet is 120 AUD. I answer him: no thanks. Another price of 100 AU$‎ is immediately mentioned. I answer again. Then the man announces that if he does not come, there will be no guarantee! The next day I turned to optimum furniture in Armidale, where I was told that the assembly would be 60 AUD.