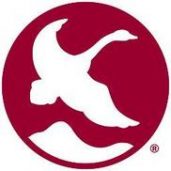 ↳ Getting out of market games
Zumba

↳ Zin membership
is not affiliated, associated, authorized, endorsed by, or in any way officially connected with Gander Mountain, or any of its subsidiaries or its affiliates. The use in this website and/or in related promotional print or video material of trademarked names and images is strictly for editorial and descriptive purposes.

Original review updated by user Dec 14, 2020 Purchased three used collector guns. They had minor grip damage and were very dirty. No complaint there as I liked them and cleaned them up .Sales person gave me a 5% military discount too.Upon returning home I noticed a T12 charge of over $30 for each gun. I was… Read more➤

After vowing to never spend money again with the company I received gift cards from a previous debacle of a situation. I against my better judgment did it half my order was received other half after more than a month is in limbo the product I wasnt is in a store thats a hour away from me

Hello On July 17th I purchased a Fugi Mountain Bike from your store in Dickson City PA. As part of the transaction I purchased the annual maintenance agreement at $29.99. Two weeks ago I took my bike to the store for routine maintenance, and learned the store no longer sells or services bikes. I asked the store… Read more➤

never got a price on what I will pay for that tube.

We purchased fishing poles that had lifetime warranty for breakage. Have 2 that broke and when i called Gander Outdoors, they told me Gander Mountain no longer exists so we are out of luck. Very unhappy.

Mywife bought me a250$ gift card gander wont honor it because the changed one word in the name. Im a veteran and pissed at this . ive been robbed.

On March 25, 2019 I had ordered a Forest River Wildwood sofa, 68″ Trifold, Ombre Seal: WO# 132741 (Customer name:3135007 – Olea, Cydney)for my new RV to replace jackklnife sofa that came with RV. The request was at the Camping World, Statesville NC. I spoke with Matthew in parts. He had asked for VIN, to make sure… Read more➤

Gander Mountain → Those criminals robbed me for 250$ wouldn’t let me use my gift card when they were still mountain and simply changed last name still won’t honor it. They sure can put on NASCAR races they should be pr