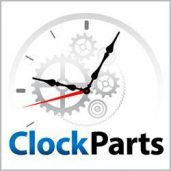 The sound is horrible , not realistic at all.

↳ Horrible sound and shipping cost
Finally, got a live person who said she would send a replacement and would ensu...

↳ Resolved: Beware!
He then told me I was being "vindictive".

↳ This company sucks *** in a big and not a good way
Had to purchase the free hands and pay full shipping!! They should have been wi...

↳ Poor customer service, damaged shipment
I ordered the hands and was being charged for the hands.

↳ When I placed myorder it said I can get the clock hands free. I did not find a place for this service.
I ordered a Quartz Chime, they sent two and charged for two.

↳ Messed up order
I would say they have poor customer support, but they don't have any,.

Ordered clock parts. Received damaged. Called several times. No person answered. Only recorded messaging saying how important call was and someone would be with me shortly. Call timed out at 30 minutes while on hold. Emailed twice. No response. Can’t send items back without MRA number. Can’t get that because of no response. User’s recommendation: Do not... Read more➤
Online Shopping
Share Report

This company sucks *** in a big and not a good way

Found 73mm fit-ups on their website. I ordered 3 fancy ones. Total $96.48. I printed out the order confirmation. It clearly states 73mm fit-ups. They arrived fairly quickly accompanied by a packing slip that described the fit-ups as 70mm, and they measured 70mm….NOT 73mm! I called the company and after navigating the voice mail labyrinth, I pressed... Read more➤
Online Shopping
Share Report

I would say they have poor customer support, but they don’t have any,. Shipped me damaged goods. Over the past few weeks I have sent them 3 e-mails and called 3 times. No e-mails ever answered. No one there there to talk to. How are they still in business?
Online Shopping
Share Report
123 .
Most Reviewed
"I received one of my orders but not the other"

⤷ Best Choice Brand | 7 reviews
"Something needs to be done"

⤷ Window World | 101 reviews
"Put me down as older not happy"