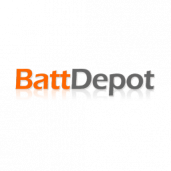 ↳ Currys shocking service! Do not give them any business!
TomTom

↳ Purchased a speed camera update for my 6200
Xgody

↳ Case # 2107-2**** Tier 2 Support
is not affiliated, associated, authorized, endorsed by, or in any way officially connected with BattDepot, or any of its subsidiaries or its affiliates. The use in this website and/or in related promotional print or video material of trademarked names and images is strictly for editorial and descriptive purposes.

BattDepot → Ordered an Item since since September 10th 2020, expected delivery by 11th by UPS, items not delivered, Still expecting refund or replacement of item till date. 16/11/2020. T

I will appreciate a replacement of items or refund, Having confirmed that UPS had send a resolution since 22/09/2020 User’s recommendation: A company of no repute.

I ordered a replacement for my HP G60 and the one I received from you is bigger than the original User’s recommendation: I suggest that the information one the original part be sent via photo.

I’m one of the victims too notebook battery 50$ (wrong battery ) anti pollution mask 17$ with air valves to prevent fogging of your eye glasses. There are no valves, the filters, supposedly PM 2.5 can’t possibly work the way they fit in, wearing no mask would be just as good. If this mask would have been… Read more➤

BattDepot → Can’t get information on the status of my order

I purchased a laptop battery, paid for it. I have yet to receive any information regarding the status of my order. I have called customer service and left messages but no return call.

This company has a very low profile attitude towards costumers, they don’t reply to the phone calls, very late and eventually to emails, when you go to their office the receptionist talks barely English and and answers as a recorded machine. I bought a battery that was…

This battery is trash, wont hold a charge, wont charge while plugged in at times. You get what you pay for! Went and bought directly from Dell. User’s recommendation: Manufacture only.

BattDepot → Do not order from them..

Ordered 2 batteries from battdepot, and instead I received one battery and this items which I assume they use in their maintenance. These are propane gas bottles they posted by mail.. after contacted the customer service I received an email saying they would check but until now, almost one month later no answer, refund,or product..

BattDepot → Do NOT contact this company to purchase anything as they will not respond.

This company will not answer emails nor calls concerning returns. I shipped back a battery within the 3 required days, paying for that myself and found out they’re simply sending it back to me. I was told by the Geek Squad that they would only install an EOM battery in my computer, as they’d seen others could… Read more➤

Update by user Oct 28, 2019 update – promptly contacted by the company with ‘ready for pickup” status and a location to fetch this item after I found my way to their email contact info and explained the issue. All good now. Initial impression of poor service was from lack of initial order receipt email and inability… Read more➤