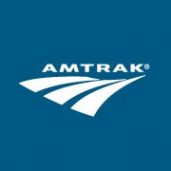 ↳ Need reimbursement information
is not affiliated, associated, authorized, endorsed by, or in any way officially connected with Amtrak, or any of its subsidiaries or its affiliates. The use in this website and/or in related promotional print or video material of trademarked names and images is strictly for editorial and descriptive purposes.

Amtrak → I am writing to complain about my treatment while traveling

I was a passenger on train #65 @ 10:22 pm from Providence R. I. to Thurgood Marshall BWI on August 7 2021. Resv. #123743 During that trip I was disrespected by the conductor. I feel I was blatantly discriminated against. I’m not sure if it was because I am a senior or because I am a lady… Read more➤

Our Res#2366DB for the California Zephyr on 7/28/2021. Food was the only thing & the sceneary that was good. Train was very dated & dirty. We were told if you had to do #2 to go to the bathrooms down below, because in our room bathroom had no exhaust ventilation. Really??????? Third world accommodations. At night the… Read more➤

I purchase a round trip ticket from New York Penn Station to Baltimore MA. Penn Station and unfortunately a didn’t notice the return ticket was for 5:20am which I wanted 5:20pm, but I never used the web to buy a ticket, so this process was new to me , I tried calling but the only response was… Read more➤

I was made to Carry my Baggage after having Spine Surgery?!?!?!.I was laughed at and made fun of. Can someone call me back on this asap??? User’s recommendation: Don’t know yet.

Amtrak → I have a complaint for two things from your representatives

Ive called three times and they say if you wanna call back they would say an hour or hour and a half call back then they call back then I had to wait another 22 minutes for somebody to come on to talk to me. Every time I was trying to get some information they hung up….

Amtrak → Important too complicated get me a live agents

At the beginning of October, I sent a parcel from the UK to Australia. There was a feeling of bitterness when I found out that the package had been torn open and the cuddles of a one-year-old child's room had been removed. In England the package was sealed with a scotch in front of my eyes, but in Australia it was sealed with some white paper. The old scotch was cut. It is sad and miserable to realize that someone can do something like this. Poor inhabitants of Australia that even a little child has to steal a little baby. Of course, now another child is wearing them. I know for sure that I will never use Australian postal services again. Maybe the management of Australian pasts could finally do something for the cause and arrange these thefts at the distribution of parcels. Aren't cameras capturing anything anywhere in the courts? Or maybe it doesn't have enough money again... or is it not profitable. ? Weakenable.