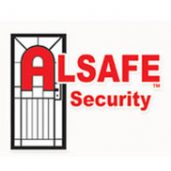 It is time to open another store closer to downtown / Linwood so we would not h...

↳ Underservice, no initiative
But no use and still this machine was not useful and we are keeping just like a...

↳ Non-professionalism in this big company named Usha
Then on I've been passed from ManoMano to Espace-Bricolage who supplied the s...

↳ Customer service regarding a defective product
I have been calling this insurance several times about a claim and they seem lik...

↳ This is the worst insurance ever, seems like no one picks up the phone!!
I wish BlueBean could go back and listen to the recordings and hear this for th...

↳ now I know why they call it zoo
Due to the lack of quick costumer support, I chose to cancel the contract with ...

↳ No contact from the company
We feel that both English and Russian speaking customers should be aware of all...

I hired Alsafe Security to fix security system in our house. They decided to change windows and they ordered wrong size of windows two times already. I don’t know when the work will be finished but the thing I am sure with is that they will not receive the full payment for such a poor service.
Products and Services
Share Report
Most Reviewed
"Can’t get authorization right"

⤷ AutoHistoryChecks | 2 reviews
"Why wait 3 months to get window fixed by Window World?"

Some time ago I worked in a new turkebab in Devonport, for 2 months, then I was fired for allegedly doing badly. I can add that I have worked a lot in the service of turkebab before, and I am not a person of conflict myself, so there were no problems in the past, on the contrary. I won't even talk about the fact that the work is disgusting, all the time oily, unreal heat on the grills, when the whole face almost melts, all the hands with burns, you have to wash absolutely everything yourself every night, what you do after 23:00, and after your work time still stays for another hour that doesn’t even pay off. I really did not like the way the management performed its duties, it could delay the salary for a week. I really didn't like the attitude from the manager,who did not care that we worked in shirts with short sleeves 2 meters from the open door all the time, it was in the fall, and half of the staff got cold and sick all the time, although I personally demanded a warmer uniform, this request was ignored. A meal was also promised for free, but only tea and nothing more could be drunk for free. I didn't like the fact that employees were not considered to be people who had their business done, they could be warned about a meeting or inventory one day in advance, and they were simply forced to overthrow all plans, and that was not the only time. This company fires employees after 2 months of probation, simply because you don't like the manager, and how easy it is to find new employees to pay less! Only those who are the "right hand" remain,and for all the stucco. I'm not like that, so me and 2 other employees are just thrown out of the employee chat in whatsapa just one day before the end of the probationary period, simply without saying anything, no explanation! I called myself to find out what it means to me, to which "you do not cope with your responsibilities". Nightmares and I think that I serve the most diligently and positively of all employees. It is also the case that employees can be simply fined AU$‎ 30 for no serious reason for simply sitting at a table eating. There would be no objection, but sometimes the shift was for 14 hours, and sometimes the driver believes that the person can not eat anything all the time. When I asked for it, employees were offered to dine in a dirty warehouse, where there is nowhere to sit, where it is cold because it is underground, and where there is only a parking lot. There is nowhere to change too, you have to go to the toilet. And all this is only half of the problems, it can be told for a very long time. Or go to work in turkebab, according to my story, think for yourself if you want someone to sweep your legs around you - for sure!