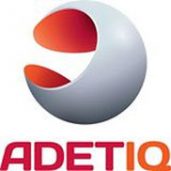 ↳ Mystery shopper scam
is not affiliated, associated, authorized, endorsed by, or in any way officially connected with Adetiq Ltd, or any of its subsidiaries or its affiliates. The use in this website and/or in related promotional print or video material of trademarked names and images is strictly for editorial and descriptive purposes.

Adetiq LTD hired me as mystery shopper and soon I received my first check that was supposed to be used to complete assignment. I cashed that check and spent all the money but next day my bank called me and told that check I cashed was fake and I have to return all the money. Adetiq Ltd… Read more➤

So I had to fix two laptops, I brought them to dap.ca, when I talked to my mother-in-law who sat there, everything satisfied me and the office seemed acceptable, but it just seemed so.. My wife once again praised "we are the best", aha aha I thought I left the computers in the office, signing an interesting * contract.After a few days I call, say that the first computer has completed diagnostics, repairs will cost 75 CA$. I said ok so wait I will think and then give a message. A week later I went to the office and found that repairs were made (do not notify me and without my consent) and something was damaged blah blah blah> now the repair will cost 120Lv, this computer new paid a 250ls.I asked why I was not notified of the repairs and in what connection after anything was done if? I haven't been told anything meaningful - as always, blah blah blah "gently" orders you roughly. (I will not talk about the fact that the contract specifically states that repairs can be performed at times if the amount of repairs does not exceed CAD 35.) I have checked all the numbers, I will not unscrew the computers because of it and went to this office, but there is a certain feeling that the internal parts were replaced with others, RAM, CPU, etc. When I spoke and said that I have an unpleasant intuition, and when I had bluffed that I wrote down all the numbers and have short documents there was a feeling of insecurity and a little fear. : if you throw a mez it's not our problem, we're not responsible for it.After everything happened, I wrote the same complaint and went back there, making sure it went to the driver, with information on how to contact me. Of course no one gave a message. Still I had called after I handed over the computer and it "gently" asks in between do you have papers on the computers?))) I immediately realized later that I could expect some tricks.