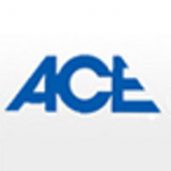 ↳ Rip off artists!!!
is not affiliated, associated, authorized, endorsed by, or in any way officially connected with Ace Cleaning Service, or any of its subsidiaries or its affiliates. The use in this website and/or in related promotional print or video material of trademarked names and images is strictly for editorial and descriptive purposes.

Not only did they not clean the carptes we paid for, but they refused to honor the “Warranty” that I paid for as well. Upon contacting them, they were rude, abrasive, and hung up on me several times. Do yourself a favor, steer clear of these people, as they will just rip you off.

Unfortunately, I am an independent customer of AS вЂћ4finance. "The company is not to blame, but the branch of SMS Credit is one of the worst things you can imagine. I don't know what they do there work has taken (probably some food from Maskachkas), but from the civilized ethics of financial transactions is not known! any normal office has the opportunity to distribute credit tranches, even in the most expensive pawnshops! Here no one comes against it, the so-called credit "specialists" are usually consultants who have an education, well if there is a grade of 8. Any lending company understands very well that the client will not always be able to pay on schedule, either generally return the entire amount at once, hence there is always a "plan B". specialists "(go to training at my colleagues on vivus.com) I was informed that the possibility of sharing the loan simply does not exist (despite the fact that a year ago there was an opportunity to improve the situation). What to say?... No one would be advised to take money from such "specialists". I have taken credits from various places but the 2nd place is worse treatment of the client (lending conditions) and 3rd place worse service ("specialist" work)